The event is over and all that's left is a lot of dirty laundry and melting ice.

It took us two fully stuffed small SUVs to get everything there. Tent, two chests, an ice chest, two folding tables, five chairs, queen size wooden bed, numerous bags of linens, bedding and food, and all our clothing and accessories. And it was all totally worth it!!!! 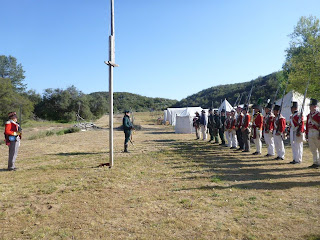 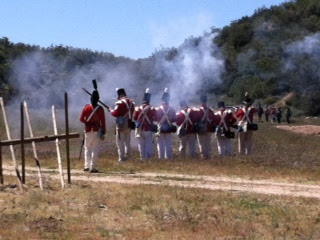 The event was small but a ton of fun. The battles looked great and I loved the sound of the guns firing and the report echoing through the valley. I didn't get to see too much of the fighting as most of it took place at the high end of the valley out of our line of sight. 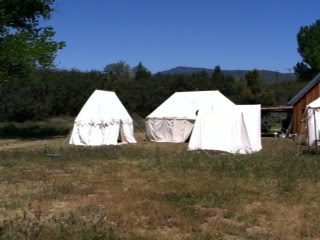 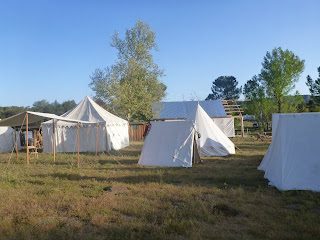 Our tent, which was very kindly lent to us by a good friend up in the bay area, was huge in comparison to the majority of tents. So as a result of all that space we had a very comfy space to lounge about in and relax in the shade. 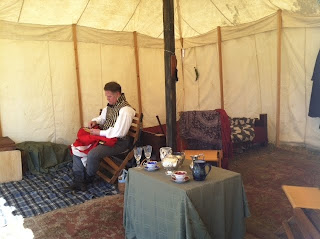 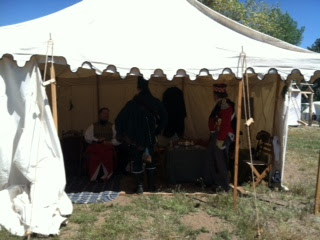 The group we were participating with was the English officers group and they had their club called the pelican club where we took all our meals, served on real china and silver. The cooking was very good and fairly period and served by candle light in the evening, which was so much fun :) the company was the best part, the group president is an old friend who made us feel welcome and I made friends with two of the other wives. 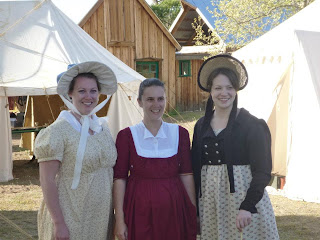 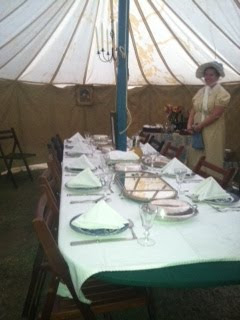 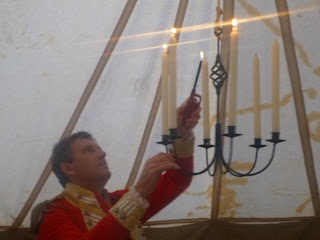 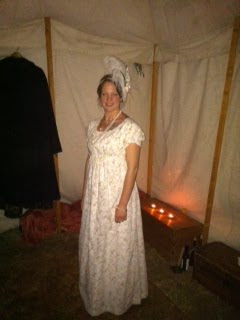 (me in my dinner gown)

The weather was perfect, especially during the day when it was clear and warm with out being too hot, though the evenings were quite cool and the nights down right freezing ( note to self - pack long underwear next year). This weekend also happened to be the full moon and the largest and closest full moon of the whole year. It was so bright that it cast shadows and allowed us to wander around in the dark with out aide of any sort of light. 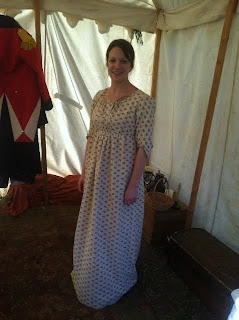 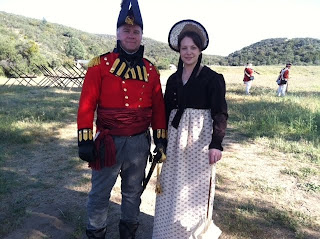 (complete with bonnet and spencer)
It was a great event, so much fun! Even if I wasn't able to get everything made I had planned or that it was a whole lot of effort for such a short time, I would definitely do it all over again in a heartbeat :) in fact we are already making plans and notes for next year!!! 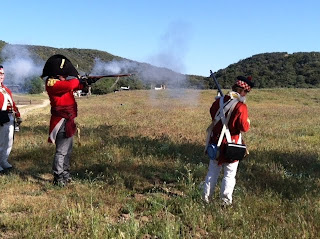 (Michael shooting - my favorite picture so far!)
Posted by Cait at 11:05 PM