The reenactment last weekend was at the Campo de Cahuenga in north Hollywood, celebrating the 166th anniversary of the signing of the articles of capitulation that helped California become part of the union.

The articles were signed by John C Fremont and Andres Pico. Michael was asked to play Fremont this year by his friend who plays commodore Stockton and organizes the reenactment at the old campo.

I went along for moral support and as an excuse to wear an 1840s era dress, of which I have wanted to make one for a long time but never had an event to wear it too. 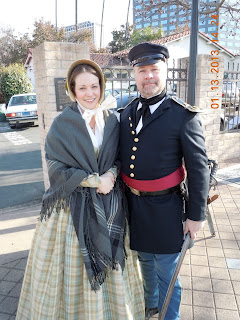 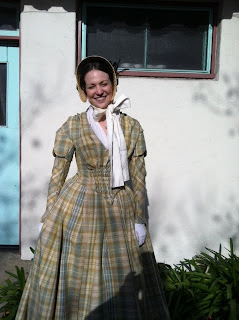 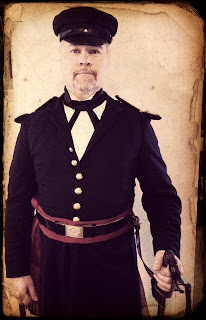 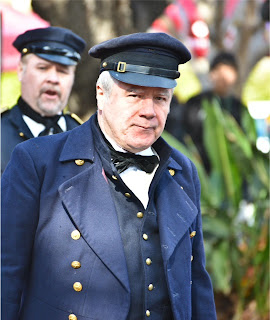 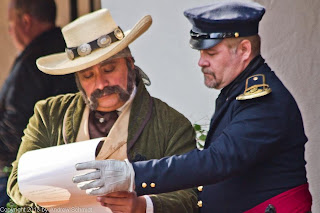