I first attempted an embroidered pocket way back in May of last year ( remember this post:  http://cursewordsandcrinolines.blogspot.com/2012/05/18th-century-embroidered-pockets.html?)

Well after a couple months on the one I had started I decided I hated it and crumpled it into a little ball and threw it away. It was simply awful, but to be fair only my second attempt and embroidery.

So then this last weekend happened and I was sitting around the house enjoying a relaxing weekend and watching Michael pack everything back away from this years Dickens run, and I decided I wanted something to do with my hands. And out came the other half of that embroidered pocket 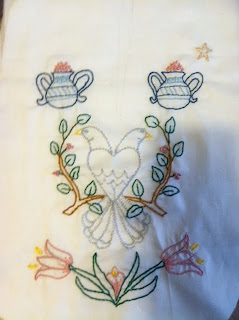 I will admit that what i started with (flowers at the bottom) I pulled out and did again after finishing everything else because I got much better as I went. 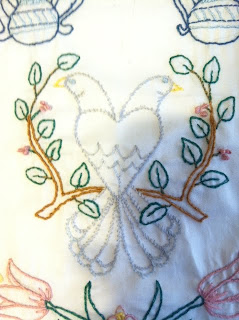 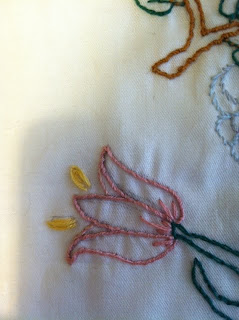 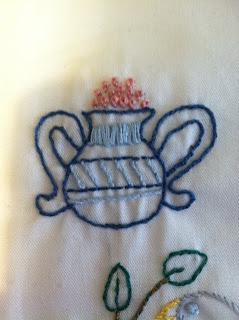 And voila! Two days later and you have an embroidered pocket, finished and ready to go :) 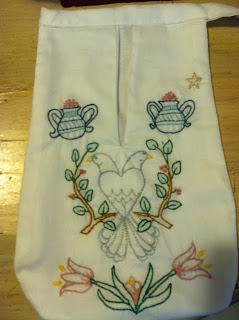 I enjoyed the work so much I might attempt another such project soon, though I can feel my normal sewing about to take off any day now ;)
Posted by Cait at 10:58 AM