Was two weekends ago and what i did all that Elizabethan sewing for.
http://ccrenfaire.com/

It is a very small little fair but we were in a new venue this year that was next to a lake that helped make the fair very lovely and not too unbearable weather wise.

I was very bad and didn't take a single picture! not one! which is a whole new record of failure for me, even though i am bad about taking photos i usually remember to take at least one or two, usually of Michael. But i ended up being so busy both days that i don't think my Phone (camera) even made it out of my bag backstage.

The two photos below were taken by others, that Michael had from his Facebook, so that i could document our remodeled outfits in full on the bog :) 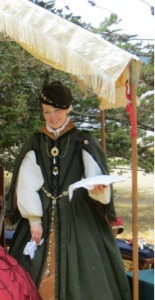 Michael is in the green in the center left, the group is the Privy Council: 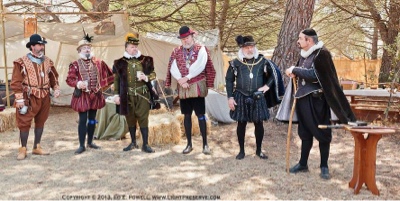