The Nor Cal Pirate Fair

Or as I am found of calling it: the hysterical fair, not a historical fair :) though our little group was doing our very best to be accurate to the mid to late 18th century, everybody else was there to dress like a pirate and have way too much fun! 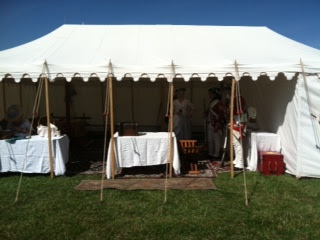 And way too much fun it was! I had an absolute blast!! It's a very small little fair with about two dozen vendors and about a half dozen re enactors groups, a couple of stages for entertainment and some kids rides. The location was nice and grassy and right on the water but the view was fairly ugly as we were surrounded by an old industrial shipping yard, but you mostly forgot about it with all the tents up and the whole place packed with people. Lots of customers made an effort to dress up to some degree and many of the participants dressed as pirates did a great job, you could really see that people had fun putting together their outfits :) 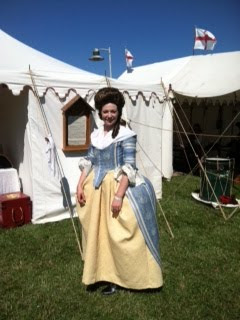 And I was most certainly was one of those people that had fun with my outfit, and it came together so nicely too. I wore the yellow matalaise petticoat under the blue striped polonaise all over my period undergarments, so it had that iconic shape. Oh and the hair, it was perfect and people loved it! 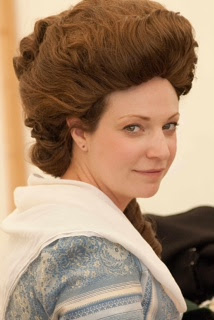 My big straw hat I made myself and Michael made the parasol for me (details to come on both in later posts). That giant hat and my fichu were real life savers when it came to avoiding getting sun burnt, though nothing could help with 100 degree heat on Saturday :( 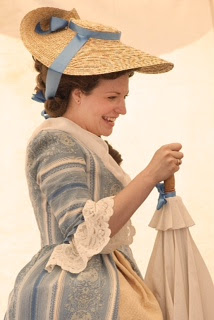 Michael wore his Napoleonic uniform. He wore the jacket open with the lapels buttoned back and his tricorn instead of the bicorn. And he wore knee breeches with tall boots rather then the long grey trousers. All of which combined to make the uniform look earlier. 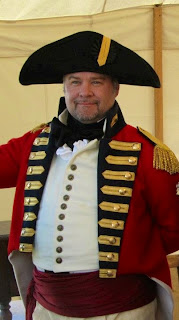 The group we participate with puts on "the government house". Which is the home of governor Woodes Rogers who has come to the islands of the Bahamas to clear out the pirates either by offering the kings pardon to the pirates or capturing them with the military. The kids love the pardons, and they line up to sign the pardon and swear the oath, then they get to take a feather pen or a fake gold piece. The women all got together and set and served a period appropriate lunch each day and then sat around in the shade either chatting or hand sewing, I worked on my embroidered pockets :) 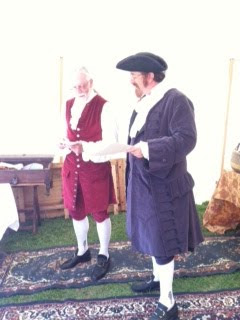 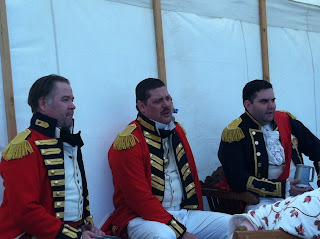 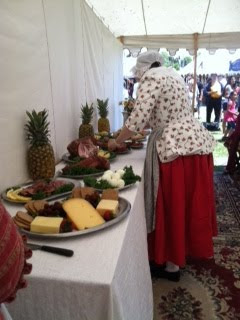 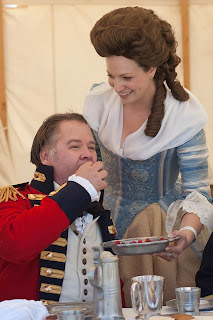 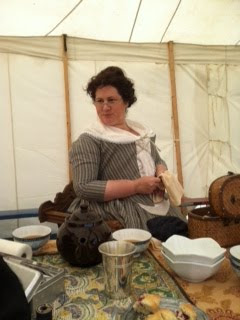 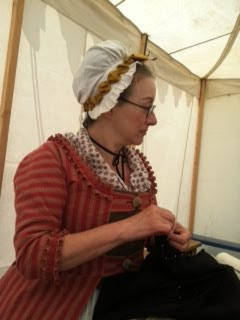 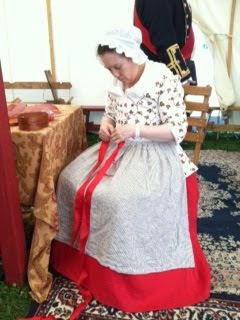 Great little fun event!! And I made some wonderful new friends :)
Posted by Cait at 8:29 AM