Yes my current project that I had gone into the weekend thinking I was ahead of schedule on has now expanded to encompass more things. 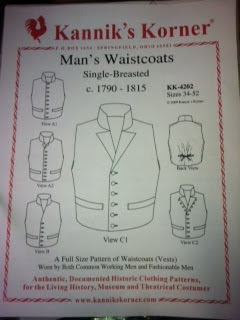 I am now making an 18th century waistcoat for Michael and making a fichu. I had actually purchased a silk fichu from JAS Townsend but i am not at all happy with it, it just doesn't have the look i want for a fichu so now i have to go out and make one. 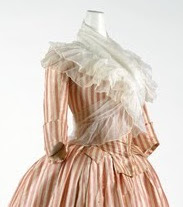 Not to mention that after the 18th century event next weekend i will be making michael new trousers and waistcoat for a Victorian picnic we have the following weekend. Thank heavens I was already planning on wearing something from archives and not bothering to make anything new :) 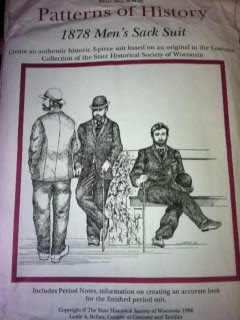 We went to my favorite fabric store Saturday morning, Lincoln fabrics is like the garment district in one giant warehouse. They carry a little bit of everything including a lot of stuff you can't find most places like handkerchief weight cotton or unprinted chintz for lining. Michael found a fabulous brown wool plaid with light colored window panes for the Victorian stuff and I picked up the handkerchief cotton for my fichu. 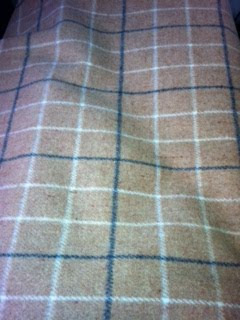 The weekend was productive though, I finished the yellow petticoat and my polonaise is mostly done just have to sew the hooks and eyes on the front of it. But I'll share more about that later in the week. Also coming this week is my new 18th century wig that I had ordered custom made from a friend, I am so excited for that one!!! And Michael is almost done making an 18th century style walking parasol for me.
I do have to brag a little and say that it's so great to have a handy boyfriend with power tools and wood working skills :)!
Posted by Cait at 7:24 AM