Since I decided I didn't like the fichu I had purchased, I ran out and bought a handkerchief weight white cotton to make my own out of but because it's a pure white it looked very odd against the cream stripes in the dress and the cream lace on the cuffs. So an attempt at tea staining had to be made.

I did some Internet research, lots of talk about water temp, duration and tea type. But because I'm me, I decided to just try and wing it ;) so while making dinner last night I tea dyed my cotton.

I had purchased extra fabric so I only dyed half, in case I messed up the first time around and I cut myself a little six inch square test piece to start with. 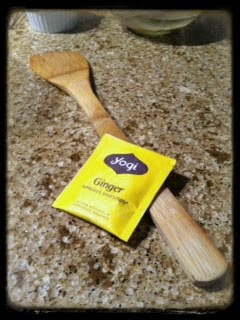 Because I was aiming for a pretty light color, all my reading had suggested herbal tea over black tea, and since I was winging it of course there was no camomile tea in the house so I had to settle for ginger tea :) I chose my largest pot and mostly filled it ( like I said just winging it, no measuring) and added four tea bags and brought the whole thing up to a good simmer. When I figured the water looked dark enough to have an impact on the fabric, I pulled out the tea bags and threw in the test swatch. I stirred it frequently and checked it often. At about ten minutes I decided it was a good color and pulled the swatch out and rinsed it clear. 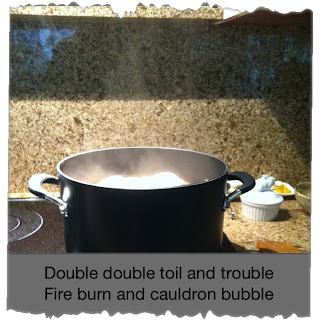 At that point I dumped my pre wet fabric into the still simmering pot and repeated what I had done for the swatch. After ten minutes I pulled it out and rinsed it clear. I saved the pot of dye just in case I needed to try it again :) though I didn't have too, better to be safe then sorry. 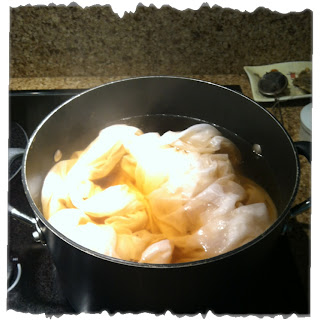 The fabric went into the dryer. And voila! 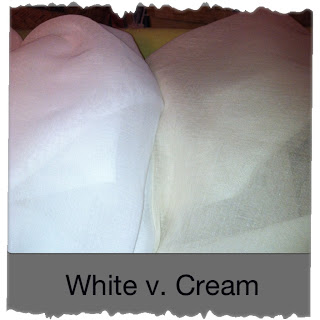 It dried a bit darker then i would have liked but i am going to send it through the wash and see if that lightens it a little, if not I'm not too concerned as its a very shear fabric anyways :)
Posted by Cait at 12:08 PM