As stated yesterday Michael and I went as crew for our friends fashion show. I helped her prep for her show as a dresser.

As a result I didn't get to see anything upstairs until after 11 which was after their show. Though i didn't mind at all, I had a great time hanging out backstage with all the rest of the crew and running around helping with the show :)

When I did finally make it out I had fun, lots to look at and good music. We had quite a few friends join us so there was lots to do.

Michael wore white tie and tails with his best top hat along with our other friend in the same outfit they were practically mobbed everywhere they went because people wanted photos with them cause they looked so great!! 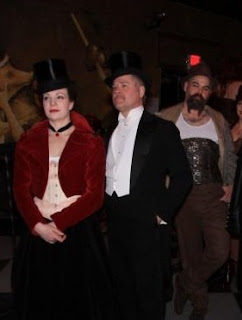 And my dress was a hit, I wasn't in it very long but it was impressive and worth all the effort :) (bad red eye in the photo I couldn't fix :( makes it look kinda creapy actually) 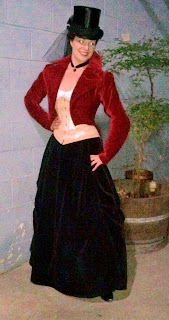 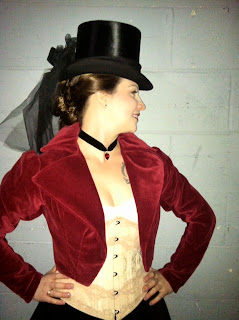