Last weekend Michael and I attended a Teens era tea dance at the historic Lanterman House. This is the second time we have attended this event and it was just as enjoyable this year as it was last. 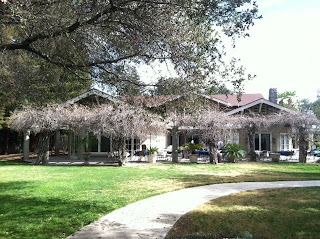 The house and its surrounding grounds are beautiful and well maintained. The house has been almost completely restored and features nearly all of its original furnishings and decorations. The dance is held in the upstairs ballroom. 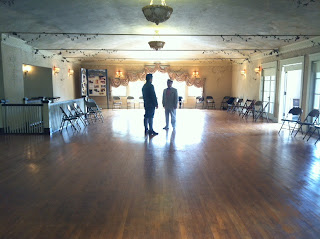 Live music and singing is provided for the dancers, featuring the music of the teens and early twenties which is really very easy to dance to as it is either some variation of a one step or two step :) Michael and I always have fun with this era of dancing because there is so much room for variation from the most complex "tango" to a simple stroll around the perimeter.

The tea is served in the central courtyard outside and is always very tasty. 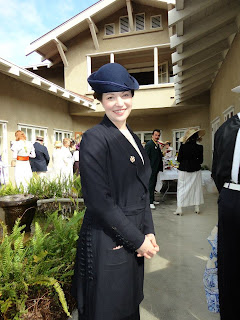 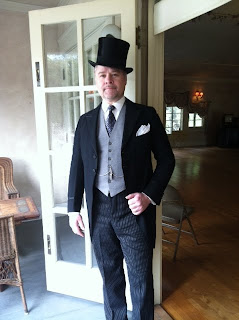 Michael chose to wear one of his morning suit combinations for the event as he often doesn't have much opportunity to wear it and it looks so dashing with top hat and cut away coat. I wore the same suit I wore last year, because it's a fabulous original from the teens and this is really our only Teens era event. 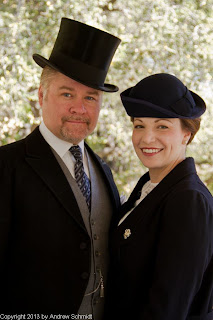